This site was designed for the latest version of Chrome, Firefox, Safari, and Internet Explorer (version 10+). Some features may not work correctly in your browser. OK

Associates Climb 70,128 Steps to Raise Money for Children in Need 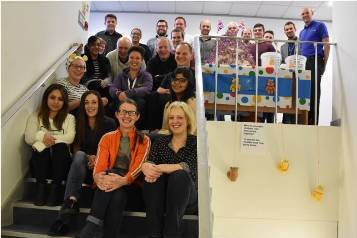 Friday 18th November was the UK’s national charity day for ‘Children in Need’, when people from around the country volunteer their time and efforts to raise money for the Children in Need charity. In fact this year a record £43 million was raised across the country.

Alan Turner and Paul Hammersley organised a sponsored event for the associates at the Birmingham office with a challenge to climb the height of Mount Everest (8,848m / 29029ft) by repeatedly ascending the stairs from ground floor to the 3rd floor (672 ascents / 48,384 steps). This challenge was first undertaken successfully in 2012 with 75 volunteers.

This time a smaller band of 33 brave souls selflessly volunteered for the challenge – less than half the numbers – more than double the challenge! 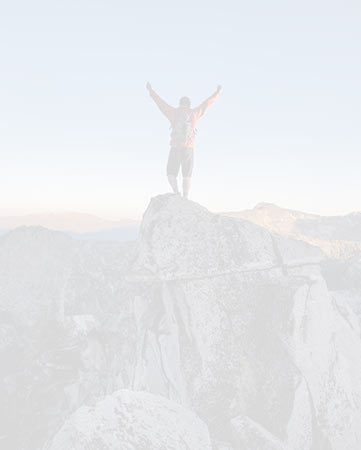 To ‘kick start’ the challenge 3 people who were not in on the Friday arranged to do their ascents on Thursday. They were also joined by several of the other volunteers, who were concerned about the task ahead and wished to get some ‘extra’ ascents in. In total they managed an unbelievable 202 ascents (14,544 steps), giving a fantastic start and inspiration to the climbers the following day.

Friday started early for Alan and Paul and by 6:30am, the ‘decorations’ for the day were being put in place; tent, rucksacks, walking poles and other walking and climbing equipment. There were even 3 Pudsey bears (the mascot of the Children in Need charity) abseiling down a wall, dressed as climbers. With the displays and equipment in place, there was only one course of action for the organisers – to start walking before the first volunteers duly arrived at 8 am.

A mountain made of foam was placed at the top of the stairs so that climbers could plant a British flag in the mountain for every ascent. Interestingly the ferocity at which flags were stuck into Everest appeared to correlate to a climber’s length of time on the stairs and the use of ‘encouraging’ phrases used by the Counters, such as “why not round up the number with another climb” and “20 sounds better than 15”.

Throughout the day, the organisers were astounded at the motivation of the people who volunteered and by the end of Friday they had managed a total of 974 ascents (70,128 steps). All the climbers put in fantastic performances, encouraging and supporting each other. In the 2012 attempt, 75 climbers averaged 15 ascents per person. In 2016, the 33 climbers averaged 29.5 ascents (2,125 steps) each!
Notable achievements this year were: 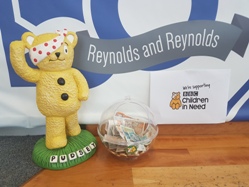 The Everest challenge raised £909.70 for Children in Need. This was a fantastic team effort which everyone who took part should be proud of.

Other fundraising events were also held at the Northfield offices on the day to raise money for Children in Need. Managers, supervisors and outside companies provided some amazing prizes for the annual raffle; associates provided cakes for the cake sale and all were given the opportunity to wear casual clothes for the day in return for a monetary donation.

In total, the UK associates raised a massive £2,029.24 for the Children in Need charity.
This Article: Dealer News / Company Culture
- + Disclaimers